Home > Parenting Tips > How to deal with child’s frustration 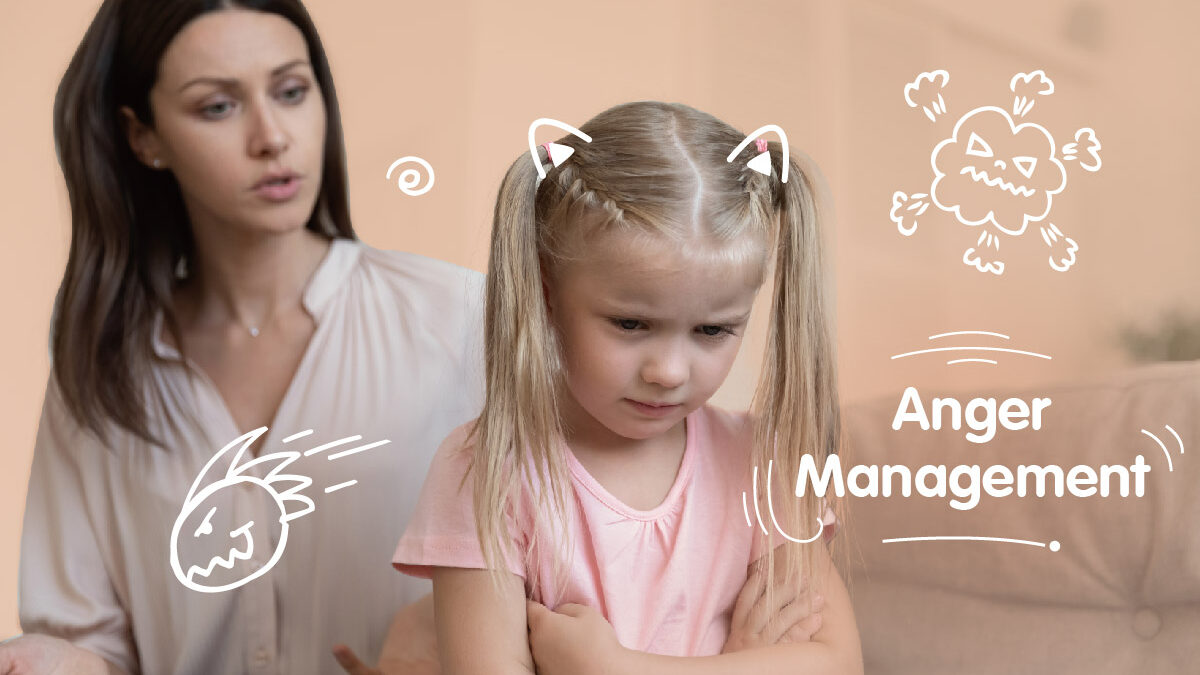 How to deal with child’s frustration

Most children have occasional tantrums. They may sometimes lash out if they are frustrated for something they don’t want to do, or if something annoying happened during their day.

Most parents are astounded about tantrums and angry behaviour, and more than a few wonders whether the way their child behaves is normal.

But unless kids get angry repeatedly, or can’t control their tempers a lot of the time, remind that anger is an innate emotion that children often feel. Anger is normal when children are upset. Who hasn’t had a fight with a classmate at school and feel bad about it?

Angry children are not to be punished, but helped instead. It’s helpful to understand that through misbehaviours they are communicating something to you. A child who is so overwhelmed is a distressed child that hasn’t the skill to manage his feelings and bursts into angry reaction. Getting curious about your angry child and what struggles may lie underneath angry behaviours is the first step in helping them deal with their anger.

Consider that multiple factors can be the cause of anger and irritability. One common trigger is frustration, when children cannot get what they want or are asked to do something. Another one is anxiety. A child in state of anxiety feels like under siege and loses control.

Don’t forget tiredness. Busy schedules, long hours at school and extracurricular activities leave less time for child to play. But as you know, through play children pour their stress out and maintain a good behavioural self-regulation. With lack of time, children need to express frustration, sometimes with anger.

Anger is a quick way for kids to express an underlying sense of powerlessness.

As family, all of you have to learn alternative ways to manage and address frustration, this will help the child and parent to minimize conflict.

Keep calm when your child gets angry. Your calm presence, even when child is mad, helps your baby feel safe. This sensation is what helps him develop the neural pathways in the brain that shut off the “fight or flight” response to calm down.

In order to manage upset moment rapidly, instead of a “time out,” which gives kids the message that they’re all alone with these scary feelings, answer with calm and pampers. Parents attention help limit outbursts by teaching alternative ways to handle anger. The focus is on using positive reinforcement through hugs and snuggles, because children have a biological need of close warm and connected relationship, above all when they are nervous.

If hugs don’t work, you can help them express anger through physical movements. Put on music and do “an angry dance” with them. For infants, it can be useful giving them a pull along toy to get them concentrated on the walk with their puppy friend for putting, little by little, angry aside.

Then talk it. As parent you should encourage children to label their feelings. “How did you feel when it happened?” Talking through the issue can help children work through the anger and calm down. If your children don’t want to discuss it with you, they may feel comfortable “talking” to a pet, puppet, or imaginary friend. In this case you can let them with their favourite toys to talk with and move some steps away. But you can glance!

Use Role Play to express feelings

Role play always comes to help us. Through it children learn about managing a role pretending to be someone else and acting in that way. Children empathizes with the characters and really act as those would do. But if you think it is an escape from real world, you are doing a mistake. It is a very important activity in children’s development, since it helps them grow in empathy and imagination. Experimenting characters, they take control over their behaviours as well.

During role play children are likely to learn effective ways of expressing their feelings. They are naturally leaded to talk about their inner world, so you, parent, have to set up role play situation in order to teach how to manage perceptions and sensations.

Role-playing in upset or angry moments will make your child hate role play. But if you use Role-playings dialogues as a part of everyday life, you’ll see your children will begin Role-playing situations without your prompting. For example, you can set up a session saying: “Let’s pretend that you’re asking me to have a friend over and you feel angry when I say no”, or “Let’s pretend that you’re asking me to go out and I say no”.  It’s important that they feel you are in.

Using role play in order to manage feelings is possible if your children are get used to it. To obtain this, you have to encourage role play during your child’s playtime. How? Giving the right toys that invite them to play. There’s plenty of interesting Role Play toys as incentive to let them act someone else’s role and have fun!

Role play is a multitasking tool for parents. Role-playing at a neutral time is a great way to deal with conflict resolution, but remind to start by simple role play time for arriving to use Role Play as a way to express feelings after emotional stress. Let start playing!

What to do if babies don’t sleep in the bassinet

9 Toddler Facts that Every Parent Needs to Know

How to encourage your toddler’s first steps

Start making your own music with this beginner’s instrument set! Learn to play the ukulele, tambourine, clapper, rattle and rainmaker yourself – then bring your friends together and start a band.

Learn to cook with this realistic stove with frying pan. Works with an inbuilt fan which makes the food turn in the pan like it's bubbling, sizzling or frying. No heat! Includes six recipes on three felt discs, one metal spatula and a set of salt and pepper shakers which click when the tops are turned.

Drive your train from the surface of a mighty mountain into the busy mine operating deep inside! This multi-level play-set provides the ultimate wooden-railway experience and includes a waterfall tunnel, an obstacle bridge, a crane, a conveyor belt and a repair station!