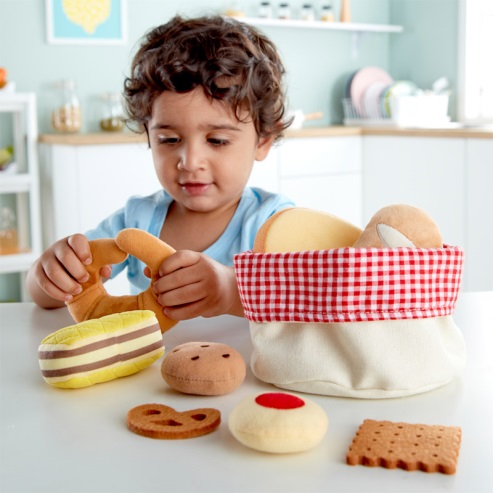 How important is role play in children’s development?

It is not unusual, during playtime, to see our toddlers talking to themselves while they pretend to be someone else and it’s pretty fun for us parents to see how fanciful their talk. They seem to empathize with the characters and really act like expert doctors or firemen… we love to see them so absorbed in their play full of wonders!

Well, you should know that the role play is not only a fun escape from reality, but it is a very important activity in children’s development, since it helps them grow in empathy, imagination and independence!

We already mentioned some benefits of Role Play in our previous article on how to help children become more independent, but here we want to go deeper:  let’s see why you should encourage your children practice it and how to do it.

Toddlers usually act several occupational role plays, such as doctors, policemen, teachers, builders, chefs but also imaginative characters, such as unicorns, princesses or dragons are often preferred. Both these kinds of Role Play can be precious occasions for children to develop empathy, creativity and problem-solving skills.  Just imagine how the world would be better if all of us were more empathetic to each other and able to put ourselves in the shoes of others?

Directly linked to the empathy feature, there’s also a psychological function: during role play kids often experiment characters they would like to be in real life and vision themselves into an imaginative setting where they have to interact with others, empathizing or relating their emotions and take control over their  behaviours as well.

While they’re pretending to be a doctor or a scientist or also a farm animal, they learn little by little more about themselves and increase their sense as human being.

Do you still think that role play is just a play?

And what about communication skills?

While they’re creating real situations kids learn deeply about their environment and develop communication skills, as well: you see how quickly kids can pick up new words, right? Well, during role play seems that their ability to learn new words accelerate and they can gradually build a more complete and articulate vocabulary. How impactful this can be on their reading and writing skills? A lot!

Plant the seeds of communication and you’ll gather other wonderful fruits, such as the ability to work on team. This happens because  role play stimulates children on facing new challenges and often kids try together to solve them through brainstorms and teamwork.  Not only psychological and communicational, but also  some physical skills are incentivized and provided, thanks to the role play,  as it improves kids’ coordination: don’t forget that, while kids fight against dragons or fly with unicorns, they engage their motor skills and hand-eye coordination!

Now you know how important is role play in their development, so you’re probably asking: how can I encourage role playing?

Read them stories with open endings and ask them to tell you what the possible endings are.  Build together some costumes for dress up, so that they can explore imaginative worlds and be whatever or whoever they want.

There’s plenty of Role Play Toys that can be gifted for their birthday, such a strong incentive to let them act someone else’s role and have fun!

You can choose among Doctor on call for children who have fun keeping friends healthy, or an amazing Grill if they want to act like kings of grill, or still if they like simulate you buying groceries.

Benefits to play in Nature for children

Christmas helps to teach children how to be patient

House Chores are a family matter

How wooden blocks can introduce toddlers to mathematics

4 Fun ways to incorporate music into your toddler’s life

Get a close-up look at leaves, bugs and the rest of nature with this handy 4x magnifying glass! When you find something interesting, use the two tones on the whistle to inform your friends.

Can you pull out a stick without any of the wooden balls falling down? This fun game can be played in three different ways to suit all skill levels. Made of sustainable bamboo.

Prepare delicious meals for your family and friends! This fun wooden stove comes with one pot with lid, one frying pan, one spoon and one spatula for you to cook with. Features knobs which click cutely when turned. Store your pot and pan in the spaces behind the hob when you're done.

Pounding sends the balls tinkling over the xylophone. Pull out the keyboard and the xylophone can be played solo. Winner of the 2018 Cribsie Award - Favorite First Musical Toy

Part shovel, part scoop, this handy digger is designed to get the job done.